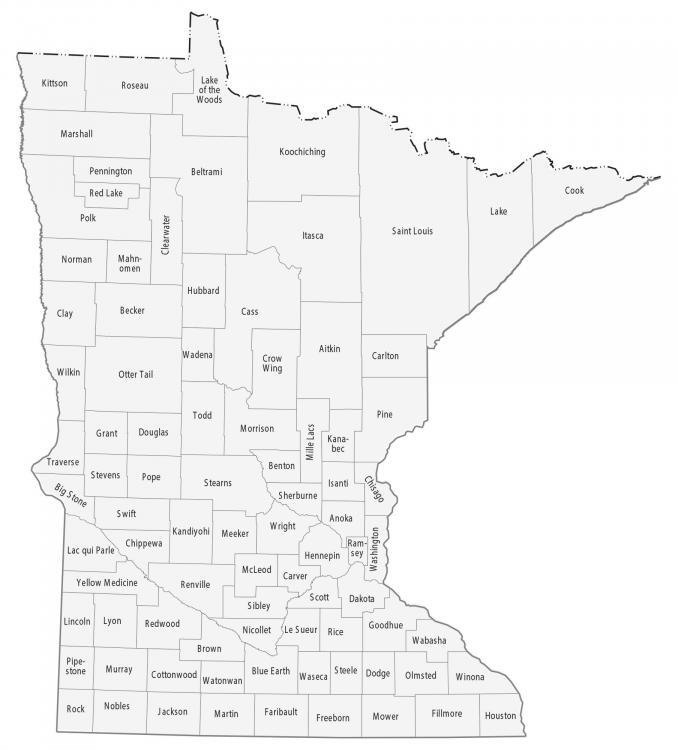 You are free to use our counties map of Minnesota for educational and commercial uses. Attribution is required. How to attribute? 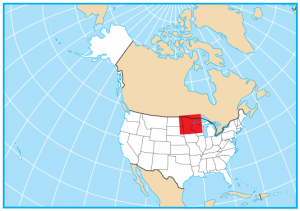 This Minnesota county map displays its 87 counties. Minnesota ranks 14th for number of counties with just one less than Ohio. It borders North Dakota, South Dakota, Iowa, Wisconsin and Lake Superior in the north of the United States.

For size, Saint Louis County more than doubles the second-largest county with an area of about 6800 square miles. This is followed by Koochiching, Beltrami, and Itasca County. But the smallest county in Minnesota is Ramsey County in the east of the state. It occupies an area of just 169.7 square miles.