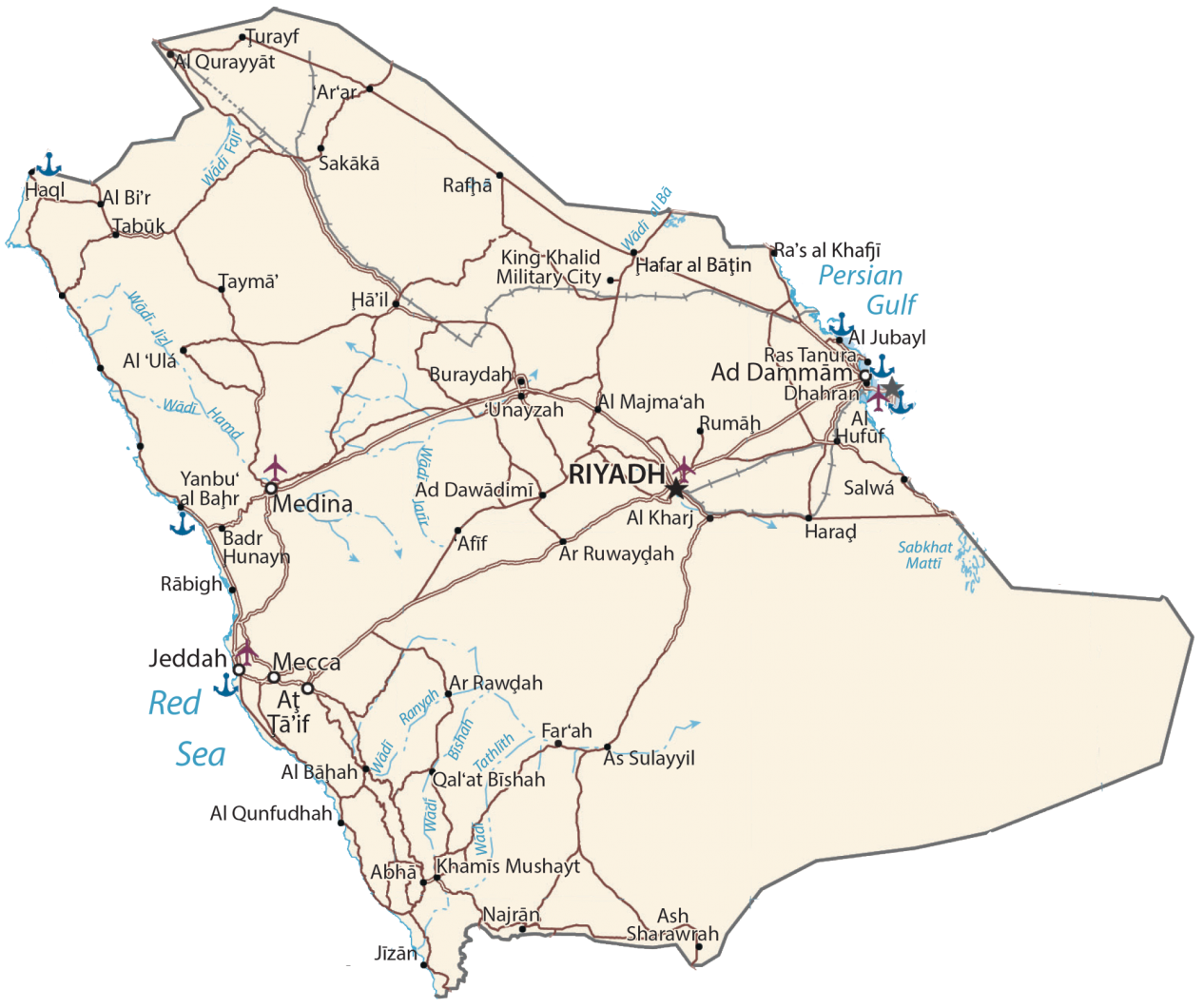 This map of Saudi Arabia contains cities, highways, water, satellite imagery, and elevation. Saudi Arabia is part of the Arabian Peninsula, between the Red Sea and the Persian Gulf.

Saudi Arabia occupies an area of 2,149,690 square kilometers (830,000 sq mi) and is the 13th-largest state in the world. Saudi Arabia has a diverse terrain but its most recognized characteristic is the Arabian Desert. This includes “Rub’ al Khali” in the southeastern part of the country, which is the world’s largest contiguous sand desert.