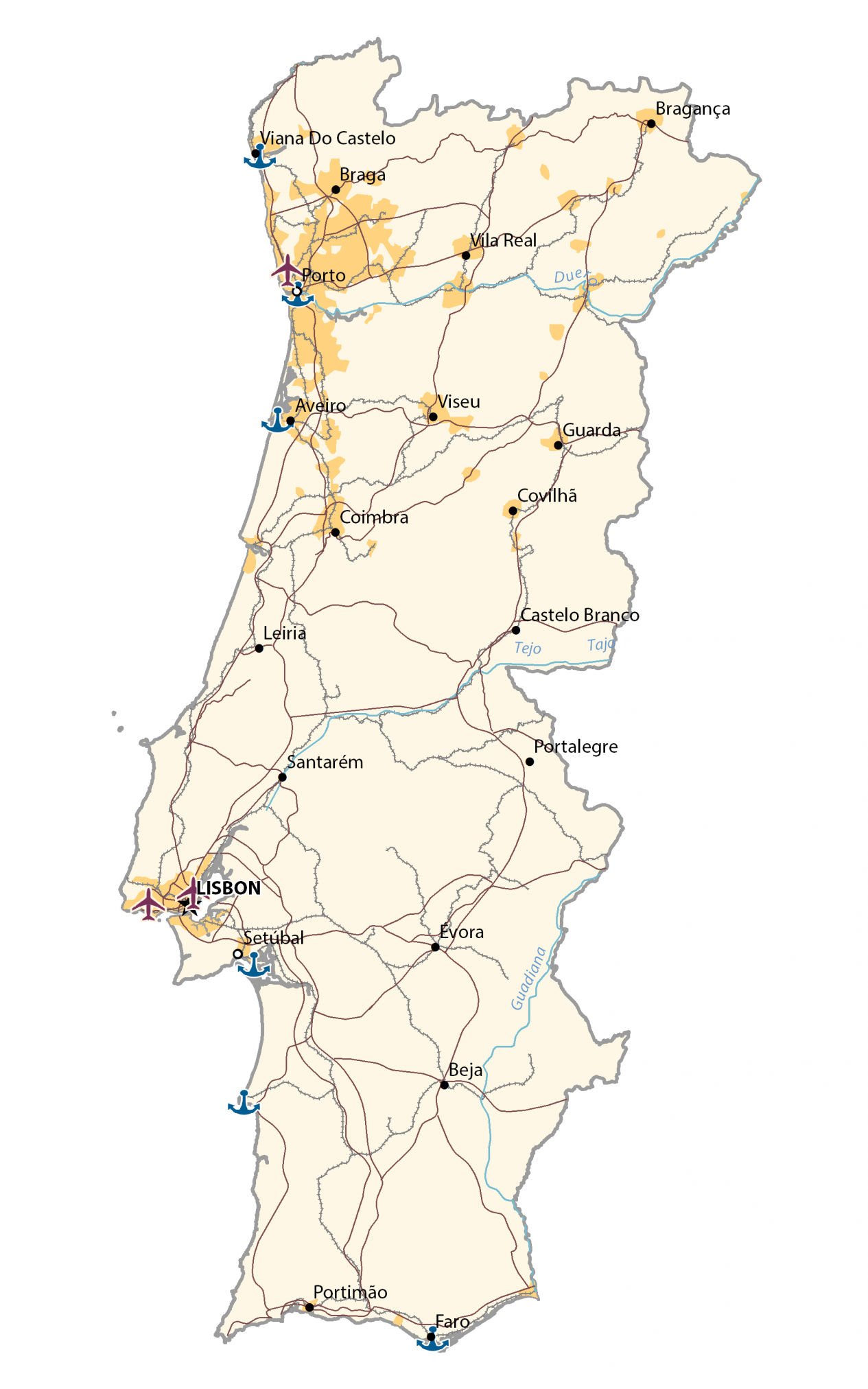 Portugal is in southwestern Europe along the North Atlantic Ocean. It borders just one other European country, which is Spain in the east.

Its boundaries also include the Azores and Madeira Islands in the North Atlantic Ocean. The Azores include Mount Pico, a dormant volcano, which is the highest point of Portugal. It stands 2,351 meters in height above sea level.

The terrain of Portugal is classified as mountainous in the north, then transitions to rolling plains in the south. It’s the west-flowing Tagus River that divides the country into these two distinctive regions.