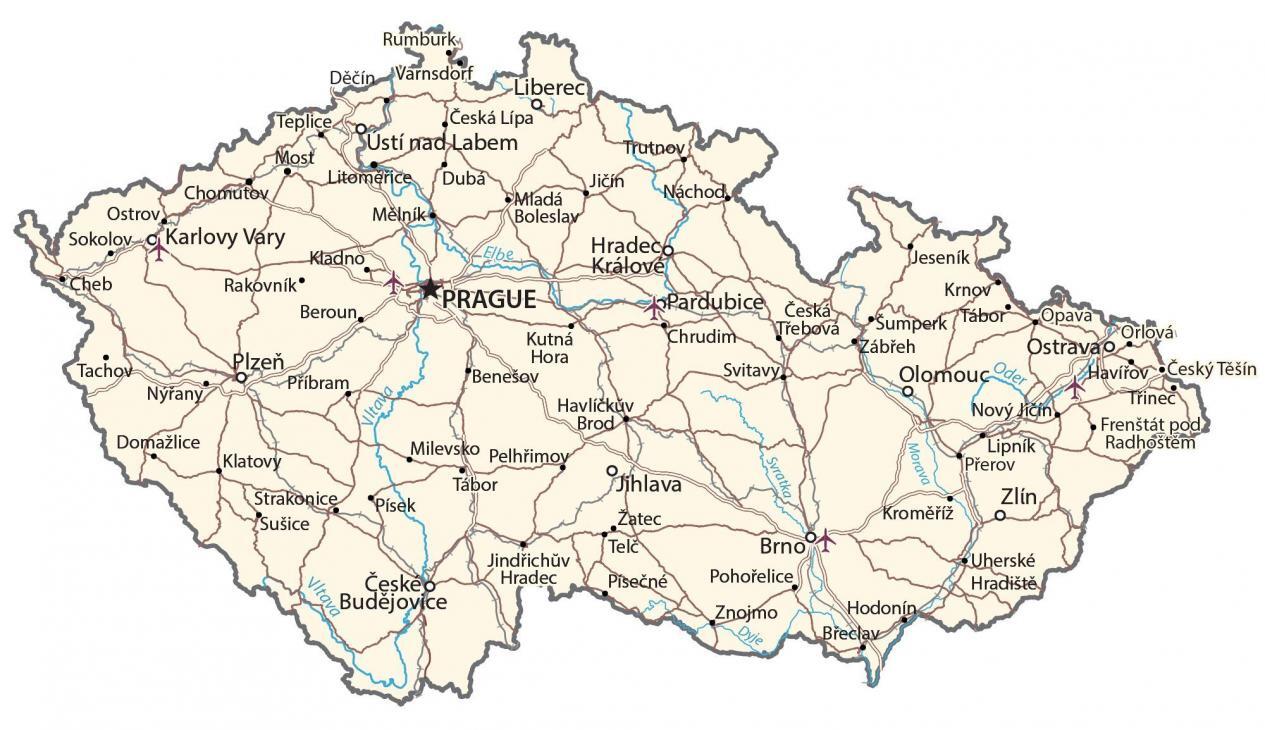 Czech Republic is a landlocked country located in central Europe. It borders 4 other European countries including Germany, Poland, Slovakia, and Austria.

The terrain in the Czech Republic can be divided into two separate regions. First, Bohemia in the west is surrounded by low mountains with plateaus and rolling plains. Second, Moravia in the east is also mostly hills.

Snezka, located in the central-east part of the country, is the Czech Republic’s highest point at 1,602 meters in height.

Hranice Abyss is the world’s deepest, freshwater and underwater cave. Although surveys are not fully completed, depths of this limestone formation cave can reach down to 473 meters. This also makes it one of the deepest and surveyed caves that exists in the world, today.

Where is Czech Republic?