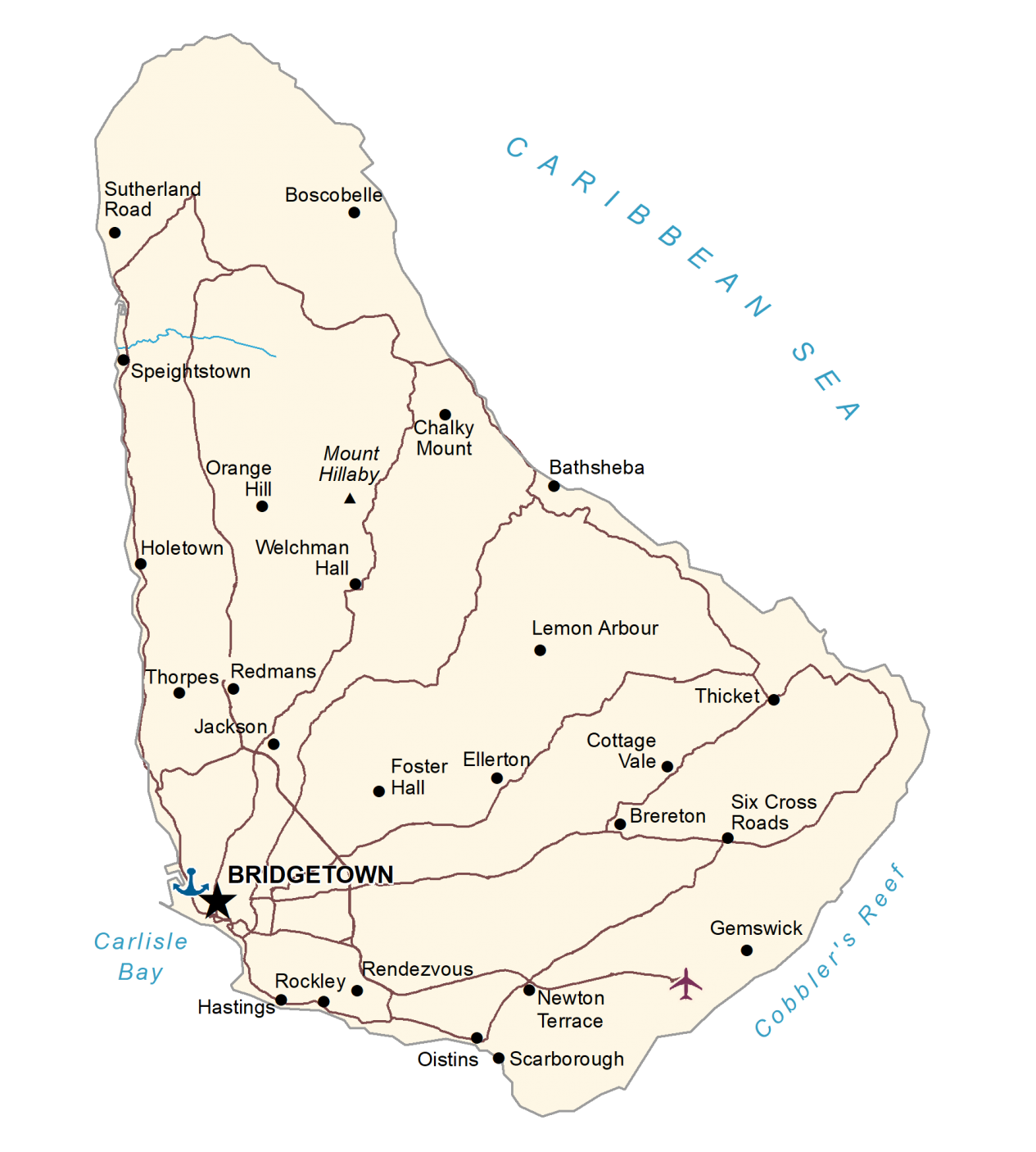 This Barbados map shows cities, towns, highways, elevation, and administrative units. Barbados is a single island located in the Caribbean Sea near St. Vincent and the Grenadines and St. Lucia.

It’s a size of about 430 square kilometers with 97 kilometers of coastline. This means you can drive around the perimeter of the island in less than an hour.

It luckily doesn’t have any volcanoes due to its location from tectonic plates. It also avoids storms and violent winds because it’s further away from the hurricane belt. But the country is filled with beautiful beaches, coral reefs along the coast, and caves. The capital city is Bridgetown situated in the southwest corner of Barbados and is divided into 11 parishes.