Where did GIS begin?

Mapping has revolutionized how we think about location. Maps are important decision-making tools. They help us get to places. And they are becoming more immersed in our everyday lives.

But where did it all begin?

Advancements in GIS were the result of several technologies. Databases, computer mapping, remote sensing, programming, geography, mathematics, computer-aided design, and computer science all played a key role in the development of GIS.

Today, we’ll uncover some of the key moments in the history of GIS that has shaped it into what it has become today: 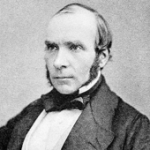 Dr. John Snow used mapping to illustrate how cases of cholera were centered around a water pump. Many people thought the disease was propagating through the air. However, this map helped show that cholera was being spread through the water.

When he added these features to a map, something interesting happened:

He saw that Cholera cases were commonly found along the water line.

John Snow’s Cholera map was a major event connecting geography and public health safety. Not only was this the beginning of spatial analysis, but it also marked the start of a whole field of study: Epidemiology – the study of the spread of disease.

To this date, John Snow is known as the father of epidemiology. The work of John Snow demonstrated that GIS is a problem-solving tool. He put geographic layers on a paper map and made a life-saving discovery.

We can group the history of GIS into several stages of development.

If John Snow would have been alive today, those layers would have been stored in a database. He could’ve turned them on and off to visualize possible contamination causes. He could have even used spatial statistics to solve London’s problem.

In the history of GIS:

We go from static paper maps to dynamic digital maps. Now, we go from basic analysis to more complex problem-solving.

When you compare John Snow in the past, to the present technology-savvy John Snow, you have to ask yourself one question:

How has GIS developed into its current state?

The history of GIS is remarkable. It has gone through stages of development. It’s been influenced by key people and technology development.

We outline each stage in the history of GIS below: 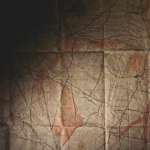 Computer mapping was in the dark. It was not developed. All mapping was done on paper or sieve mapping. The technology wasn’t here for GIS to come to light.

In the 1950s, maps were simple. They had their place in vehicle routing, new development planning, and locating points of interest. But none of this was done on computers.

Imagine a world without computer mapping.

One option was sieve mapping. Sieve mapping used transparent layers on light tables to identify areas of overlap. But this came with challenges: calculating areas was next to impossible, data was coarse and often inaccurate, and measuring distances was cumbersome.

With all the issues that came with paper maps, it was no surprise that cartographers and spatial users wanted to explore computing options for handling geographic data.

In the history of GIS, this was the main incentive to shift from paper to computer mapping.

The pieces were coming together with advancements in technology:

These initial developments in the world of computing are what propelled GIS its next step forward. But what GIS really needed was a brilliant mind to put the puzzle pieces together.

It was during Roger Tomlinson’s tenure with the Canadian government in the 1960s when he initiated, planned, and directed the development of the Canadian Geographic System (CGIS). This was a key time in the history of GIS because many consider CGIS as the roots of Geographic Information Systems. CGIS was unique because it adopted a layer approach system to map handling. 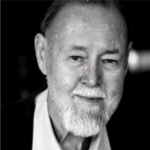 Great discoveries and improvements invariably involve the cooperation of many minds. I may be given credit for having blaze the trail of GIS. But when I look at the subsequent development, I feel the credit is due to others rather than just myself.
-Roger Tomlinson

Because of the vast amount of territory Canada occupies, the idea for a Canadian Land Inventory was developed in 1964. But it wasn’t until 1971 that it became fully operational.

The Canadian Land Inventory used soil, drainage, and climate characteristics to determine land capability for crop types and forested areas. It quickly recognized that accurate and relevant data was vital to land planning and decision-making. Over the years CGIS had been modified and improved to keep pace with technology.

The CGIS wasn’t the only group adopting GIS:

The US Census Bureau was an early adopter of some of the core principles of GIS. It was the pioneering work by the US Census Bureau that led to the digital input of the 1970 Census using the data format GBF-DIME (Geographic Base File – Dual Independent Map Encoding).

GBF-DIME became a file format that supported digital data input, error fixing, and even choropleth mapping. Using this format, the US Census Bureau began to digitize Census boundaries, roads, and urban areas. This was a huge step forward in the history of GIS.

The Ordnance Survey in the UK also started their routine topographic map development. To this very date, the Ordnance Survey is still producing many different GIS data products including every house, every fence, and every stream in every single part of Great Britain.

At this point in the history of GIS, it was in its pioneering stage. It was still on its training-wheels beginning to be fostered by only a select few national agencies around the world. 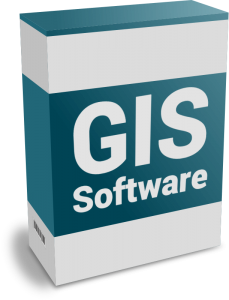 As governments realized the advantages of digital mapping, this influenced the work of the Harvard Laboratory Computer Graphics. In the mid-1970s, Harvard Laboratory Computer Graphics developed the first vector GIS called ODYSSEY GIS. Esri’s ARC/INFO used the technical framework from ODYSSEY GIS and this work led to the next stage of development in GIS – software commercialization.

At this point in the history of GIS, it also gained steam with some of the first conferences and published work. The first GIS meeting in the UK was in 1975. It included a small crowd of academics. The first Esri conference was in 1981 and attracted a crowd of 18 participants. GIS consultancies started sprouting. Roger Tomlinson first used the term “Geographic Information System” in his publication in 1968 “A Geographic Information System for Regional Planning”. That was a really lonely time for GIS.

But all of us users have made GIS what it is today. Especially for the next time period: 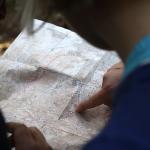 All the ingredients were ready for the infiltration of GIS to the people:

But advancements in technology have surpassed the average user. GIS users didn’t know how to take full advantage of GIS technology. Companies were hesitant to adopt GIS software. Countries didn’t have access to topographical data.

But over time, these issues were laid to rest.

Gradually, the importance of spatial analysis for decision-making was becoming recognized. Slowly, GIS was being introduced to classrooms and companies. Software was able to handle both vector and raster data. With more satellites being launched into orbit, this data collected from space could be consumed in a GIS.

This in unison with the availability of global position systems gave users more tools than they’ve ever had before. Like the flick of a switch, GPS selective availability was turned off. Suddenly, accuracy has changed from the size of an airport to the size of a small shed. GPS has led the way to great innovative products like car navigation systems and unmanned aerial vehicles.

The floodgates for GIS and GPS developments began opening. This brings us to our next stage of development in the history of GIS: the open source explosion.

2010 to Onward: The Open Source Explosion 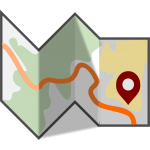 With users getting accustomed to GIS software, this has sparked a new revelation in GIS – an open source explosion. Amazing projects like QGIS are providing any user with a computer with GIS software.

Processors are now in gigahertz. Graphics cards are crisper than they’ve ever been before. We now think of GIS data storage in terabytes. It’s no longer megabytes.

GIS data has become more ubiquitous. TIGER data, Landsat satellite imagery and even LiDAR data is accessible to download for free. Online repositories like ArcGIS Online store massive amounts of spatial data. It’s a matter of quality control and fitting it for your needs.

The range of commercial GIS software products out there seem endless.

But what stands out is the big shift of GIS users building their own GIS software in an open, collaborative way. This software is made available to the public and is called open source. The big plus is: they are for public use at no cost.

Open source is becoming mainstream today. We are gradually entering an era of open source GIS software. More light is shining on QGIS than ever before. Even though, there will always be a place for commercial GIS software. Software companies like Esri provide solutions to practically any spatial problem that exists today.

GIS Past, Present and Future

The history of GIS is composed of 3 historic stages:

As time went on, GIS became a computer-based tool for storing and manipulating map-based land data. It’s now a multi-billion dollar industry responsible for some of the most important decisions our Earth is facing.

What does the future hold for GIS? Real-time GIS? Virtual reality?

Every day, we are carrying the torch from the pioneers of GIS. We stand on the shoulders of giants. We are shaping the future of GIS. Companies, organizations, and governments adopt GIS because it’s a tool to help make knowledgeable decisions.

Today, we barely scratched the surface of the history of GIS. Read more on its remarkable history.

The Evolution of GIS in the 21st Century

Over the years, GIS has evolved from a mapping system to something much more than that. Generally, it has followed these key events shaping its path:

INFORMATION MANAGEMENT: Back in 2000, GIS evolved into a system of information management. For example, Esri developed its proprietary RDBMS geodatabase. This was a game-changer. Suddenly, the concept of topology and geometry correctness was fully integrated as early as 2002.

GEOGRAPHY: In 2006, GIS shifted focus. While data management still remained a strong-point, more emphasis was placed on use cases. At this point, integration became a key area of interest. Through the various GIS applications and uses, this was the point where GIS became more mainstream.

GEODESIGN: It wasn’t until 2010, the concept of geodesign became Esri’s primary vision. Geodesign rethinks how we inhabit the world, by combining geography with design. The main idea was that geodesign shapes our world by putting the needs of people at the forefront.

SCIENCE OF WHERE: Although geodesign, geography and information management all remain pivotal concepts in GIS, the focus shifted to the integration of GIS with science in 2016. Simply, the “science of where” is what we do every day in GIS. It’s about pushing technologies into the boundaries of science and opening new possibilities.

INTELLIGENT NERVOUS SYSTEM: Finally, here is where we are now in 2020 and beyond. Like the Internet of Things (IoT), the world is all connected in real-time. It’s about the evolution and the interconnection of technology between people and our planet. Geography is the glue that relates everything all together.

See what others can’t. We see patterns. Relationships. When you use location technology, you can see where things happen — before they happen.

Further Reading on the History of GIS