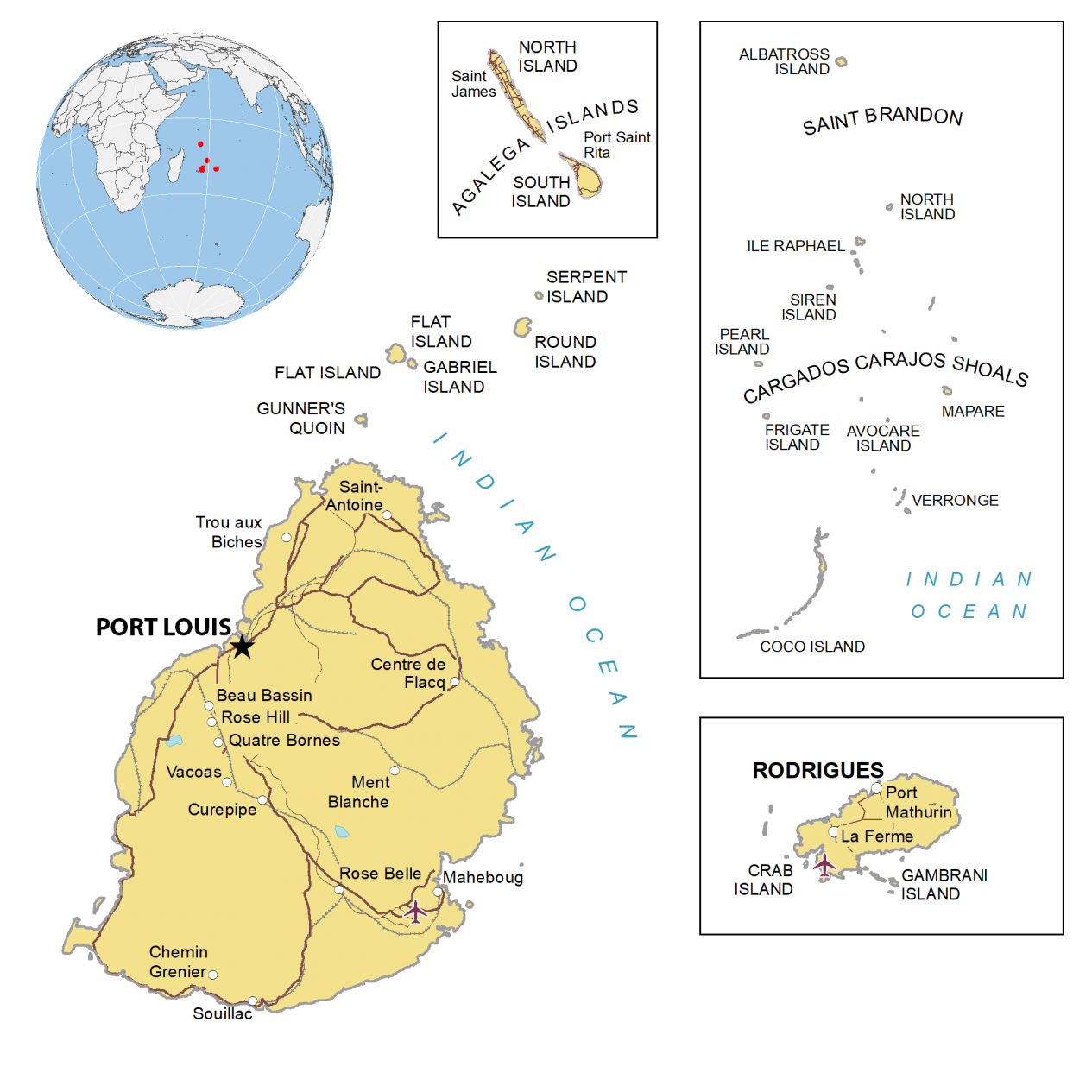 It includes the main island of Mauritius, as well as Rodrigues, the Agalega Islands, and St. Brandon. In total, Mauritius accounts for about 2,040 square kilometers (790 sq mi) in size.

The total population is about 1.265 million people with most people in the capital and largest city of Port Louis. Mauritius is known for its beaches, reefs, and mountainous interior. This includes its highest peak Piton de la Petite Rivière Noire at 828 m (2717 ft), which is part of the Black River mountain range.