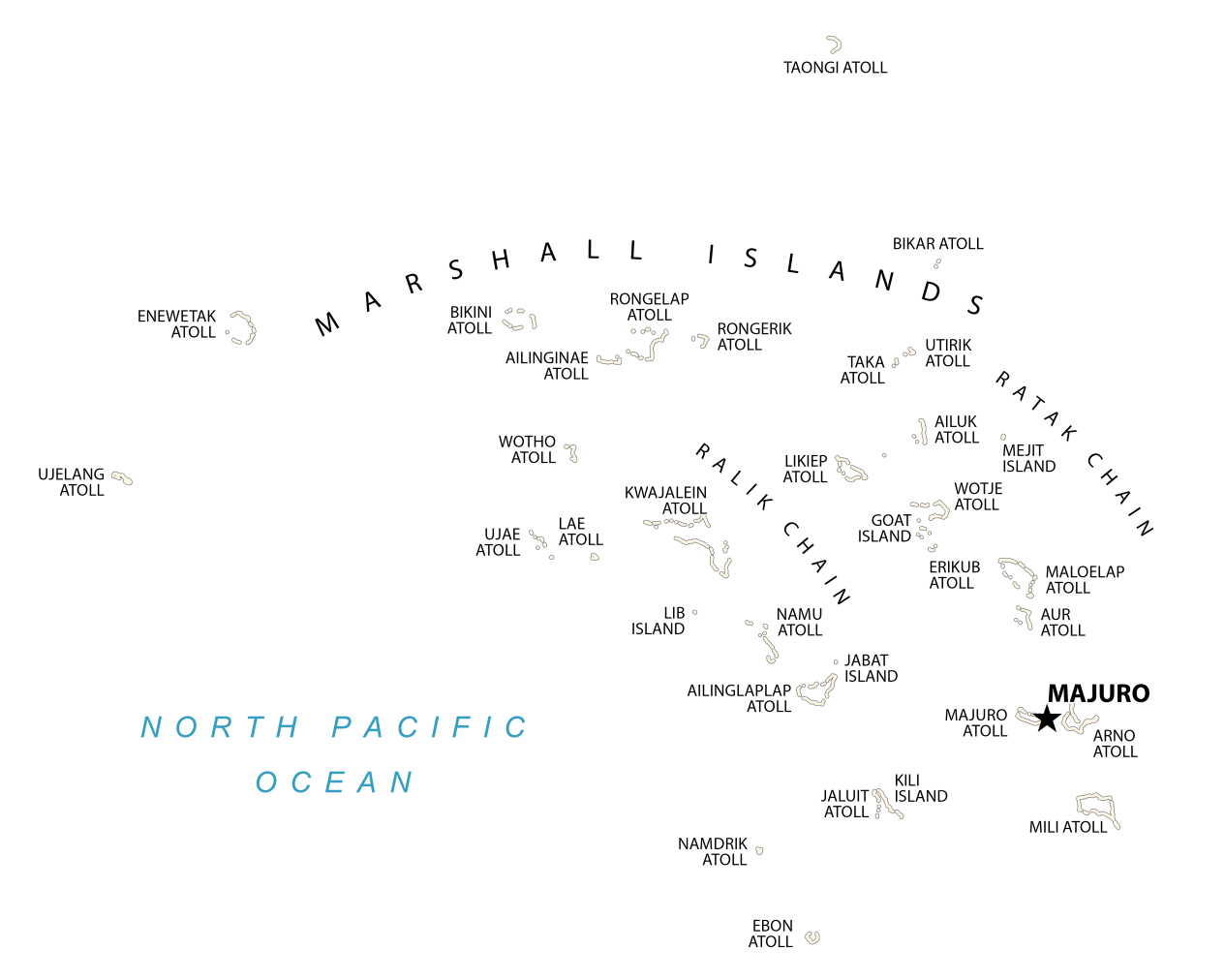 This Marshall Islands map shows atolls, islands, and water features. The Marshall Islands are a chain of volcanic islands in the central Pacific Ocean. They are situated to the northeast of Papua New Guinea and Australia and northwest of Kiribati.

The Marshall Islands consist of 5 main islands and 29 atolls occupying an area of 181.43 square kilometers. It has a population of 58,400 people who reside on 5 of its islands.

The Marshall Islands is one of the newest nations gaining independence since just 1986. It’s a popular diving destination such as Bikini Atoll’s World War II ship graveyard site and its underwater marine life.

Islands and Other features