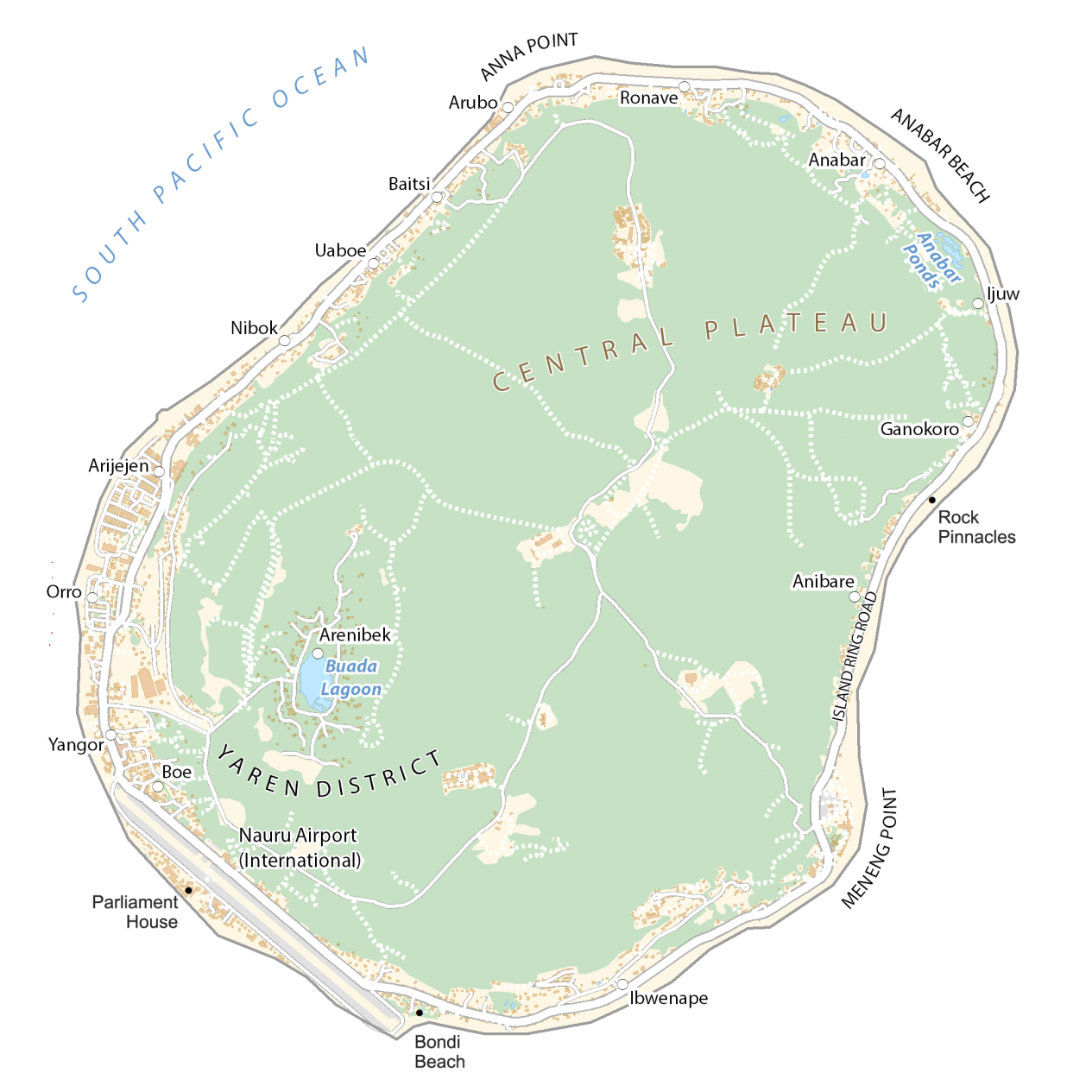 This map of Nauru (formerly Pleasant Island) displays villages, roads, satellite imagery, and regions. Nauru is a small island country and microstate located in Micronesia in the South Pacific Ocean.

It’s near the Marshall Islands to the north, Tuvalu to the southeast, as well as the Solomon Islands and Papua New Guinea to the southwest.

It occupies an area of just 21 square kilometers (8.1 sq mi) which makes it the smallest island country and country that is not a city-state. The (de facto) capital is Yaren, which is a district in the southwest of the island.